The Davis Dyslexia Correction program is based on the discovery by Ron Davis that folks with learning disabilities are picture thinkers. They actually process information in three-dimensional visual images, and therefore think easily with words they can picture, such as piano, elephant, pencil, or bicycle. They often have difficulty thinking with words that do not have visual images, such as of, if, although, or how. They also have the ability to rotate visual images mentally so that they can “see” the image from multiple vantage points. When doing this, visual perception of the “real world” may be distorted so we say that the individual has visual perceptual problems. The Davis term is disoriented.

This ability to think in pictures and shift the mind’s eye to look at images from various perspectives is a great gift that often brings with it artistic and creative talents, but causes problems when dealing with two-dimensional symbols such as letters, numerals, and punctuation marks. The Dyslexia Correction program begins by teaching dyslexic folks to recognize when they are in this disoriented state, and how to turn off the disorientation, thus making perception accurate. That is when effective learning can begin.

We then work with clay to help the individual clear up the confusion about letters and words that caused disorientation. The solution to difficulty in reading, writing and thinking with abstract words is for the individual to create mental images that ground his/her understanding of the word, and match the image with a clear picture of what the printed word looks like. The procedure is called Davis Symbol Mastery®. 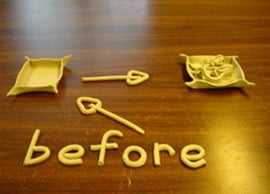 The Davis Dyslexia Correction program includes three specific reading exercises, NOT based on phonics, drill, or repetition (which don’t work well for dyslexic folks) that quickly improve reading fluency and comprehension. After completion of a one-week program with a Davis facilitator, the individual has follow-up work to complete at home. When the follow-up work is done, the individual is a “corrected dyslexic” who can read and write normally.

When the follow-up work is done, the individual is a “corrected dyslexic” who can read and write normally.

We welcome your questions or inquiries. Please contact us at [email protected] or fill-in and submit the form.